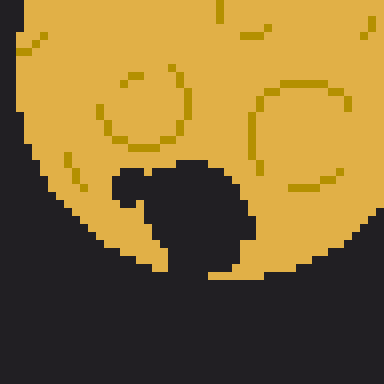 The little fool has always felt that he was connected to the moon. Somehow. An unstable mood, yes. But not only.

He has always preferred the Moon over the Sun. Night over day. The gentle, imperfect, shy celestial rock over the fiery, dazzling, majestic star.

The boy grown up, trying to make his way in the world. He made friends, made stuff. But that wasn't enough. The boy was dreaming for something greater.

One new moon night, he walked hours in the empty street of one of these big cities. Hours and hours, feet on asphalt, but his mind was far far from there, close to the Moon.

So, it was time to start looking for a way to climb up there. He would try. A lot. And he would fail. A lot. But failure was a part of the way.